IATUL Board of Directors – Call for Nominations 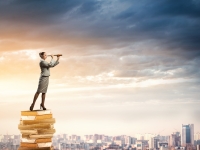 The International Association of University Libraries (IATUL) is calling for interested and qualified candidates to serve on its Board of Directors.

IATUL is looking for candidates representing:

on its Board of Directors, the executive body of IATUL responsible for leading the development of the Association, its strategic direction, and actions.

Ordinary and Associated Members may propose representatives for election. Nominations shall name the candidate and shall show evidence of the candidate's consent. Nominators must be official representatives of a member institution. The decision as to who shall be invited to join the Board will be made by the Board and presented to the General Assembly for approval at the Annual Conference, which will take place in Miami, Florida, from 12 to 16 June 2022. Members of the Board are elected for a term of three years and shall be eligible for immediate re-election to one additional term.

Candidates are expected to take an active part in the endeavours of the IATUL Board of Directors, especially by attending Board meetings and taking on responsibilities related to assigned tasks and roles on the Board.

The Board meets four times a year. Board members are expected to attend in person at the Annual Conference and General Assembly.

The deadline was extended and nominations could be submitted by 7 February 2022 and name the candidate, who must be the Library Director/University Librarian of an IATUL member library. The nomination period is now closed.

Charles Eckman
President, IATUL
On behalf of the IATUL Board of Directors