The IATUL Board of Directors is composed of the President, the Vice-President, the Secretary, the Treasurer, and at least four further representatives of IATUL members. Board members are elected for a term of three years.

The duties and responsibilities of the Board of Directors are multifaceted. It provides members with accurate and sufficient information when seeking their support for decisions. The Board of course acts in the best interest of the Associations as a whole and gives members honest feedback and advice.

Some examples of the Board’s work are the preparation of the financial report, participation in board meetings and the support of IATUL events, e.g. reviewing papers or assisting the local organising teams.

In its work the IATUL Board pursues the principles of good governance and reflects the following values:

See the current IATUL Board below. 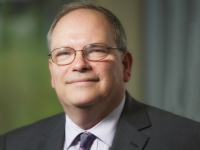 Dean and University Librarian
University of Miami – Otto G. Richter Library
What IATUL means to me: “For me, IATUL provides a singular opportunity for librarians at member institutions worldwide to share knowledge gained from their research projects and library initiatives. In this way IATUL supports and enhances member library programs. In addition, IATUL fosters new networks and trans-national collaborations.”
Areas of Expertise: 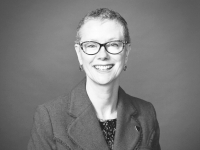 Dean of Libraries
Dalhousie University – Killam Library
What IATUL means to me: “IATUL provides a vital, international forum for academic librarians to drive innovation and transformation on a global level. The annual conference offers a creative, productive knowledge exchange among leaders representing post-secondary institutions from around the world.”
Areas of Expertise: 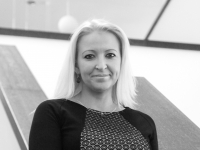 Library Director
Gdansk University of Technology – GUT Library
What IATUL means to me: “IATUL is a growing network of leaders of academic libraries from around the world and an excellent platform to share experiences and collaborate for the development of libraries.”
Areas of Expertise: 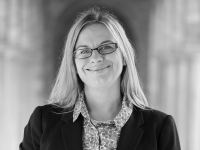 University Librarian
University of Western Australia – Library
What IATUL means to me: “For me, IATUL provides an opportunity to discuss the strategies and ideas relating to academic libraries from multiple perspectives. In the transformative change environment, we are all working within, meeting with librarians from all over the world, sharing expertise and creating global networks, enables libraries to innovate, improve and inspire.”
Areas of Expertise:

University Librarian
University of Adelaide – Library
What IATUL means to me: “For me IATUL provides a vibrant and diverse professional forum where library directors and senior staff can exchange ideas and learn from each other to enable initiatives that make a difference for the development of information infrastructure in an international context.”
Areas of Expertise: 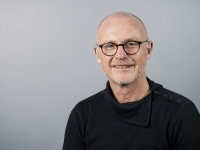 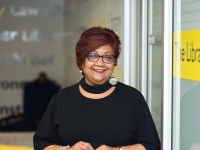 Executive Director
University of Cape Town – Chancellor Oppenheimer Library
What IATUL means to me: “IATUL is a distinctive platform to expand the global network of academic library directors and practitioners, share best practices, engage with trends as realities, and deepen the understanding of practice in different contexts and settings.”
Areas of Expertise:

Management/leadership in higher education; international librarianship; developing the next generation library leaders; locating libraries on the political, community and development agenda; and social responsibility of libraries, librarians and librarianship towards developing an informed nation

Library Director
King Abdullah University of Science and Technology (KAUST) – Library
What IATUL means to me: “I see IATUL as an international collaboration platform for academic and research library leaders and managers, to engage in experience sharing, fruitful discussions, identify trends and provide directions for the better future. It evolves as a global network and specializes in professional expertise development through various unique activities.”
Areas of Expertise: